A New BotNet Is Growing: Are You Already Part of Its Army?

Botnets. The name sounds evil and the reality can be worse -- just ask Dyn, Brian Krebs or any of the other victims of Mirai or other botnets.

Now there's a new botnet in town -- named IoT_Reaper by the researchers who found it -- that is building its resources and biding its time until the next shoe inevitably drops. 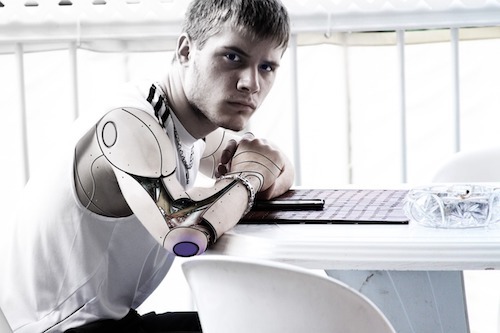 This new botnet seems to have learned a number of lessons from Mirai and is using those lessons to remain less visible to defenses that have learned the ways of the older botnet. According to yegenshen, the researcher from Network Security Research Lab at 360 who first reported IoT_Reaper, the newer botnet software doesn't try to crack passwords. Instead, it simply looks to expoloit vulnerabilities that already exist on IoT devices.

IoT_Reaper is probing the same sort of devices enlisted by Mirai -- the sort of IoT devices owned in the hundreds by most enterprises -- but is doing so in a low-key fashion less likely to raise red flags in a Tripwire or other IDS infrastructure. It is scanning in a fashing described as "low-key," indicating that staying out of red-flag log files is a key aim of the software.

Once the malware is in place, it takes advantage of an integrated Lua execution environment which will allow hackers to transmit, interpret and execute complex malware scripts for many different purposes. Including Lua means that the basic botnet malware could be used by a wide variety of individuals who might or might not have prvious malware experience -- Lua is the leading scripting language used in games and has been the subject of many different books and articles.

As for what the original purpose of IoT_Reaper might be, the presence of approximately 100 open DNS servers means that a DNS-amplification DDoS attack would be quick to execute. yegenshen was quick to point out that there have been, as of this report, no IoT_Reaper-based DDoS attacks in the wild; right now, the botnet is being assembled for purposes no one outside the launching organization knows.

Checkpoint's Research Team also picked up the IoT_Reaper activity and have said that they have found more than a million organizations currently infected. They point out that the botnet malware seems to so far be focused on wireless IP cameras from a wide variety of vendors.

What's the proper course of action for IT managers and security team members? The first step is to read the research papers describing IoT_Reaper and see whether any of your internal devices are communicating with the command and control (C2) or other nodes of the growing botnet. Next make sure that your current network protection is looking for and protecting again traffic related to IoT_Reaper. Finally, start a scan of your IoT devices -- especially IP security cameras -- to make sure that the only code resident on the devices is code from the factory. If updates are available, now's a good time to deploy them.

While no one knows precisely why the IoT_Reaper botnet is being assembled, the odds are good that the purpose is going to be something that you won't like. You have the opportunity to get in front of this one before a terabit-per-second DDoS attack is launched using your systems. Seize the opportunity while it exists.