McAfee has published their Threat Report for Q3 2017 which covers what they have found in malware, incidents and web threats.

The bad news is that they found malware had reached an all-time high of 57.6 million new samples, which translates to four new samples per second. 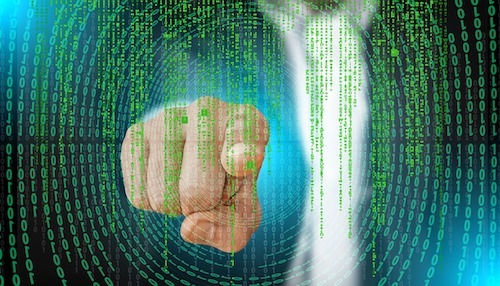 New developments included fileless malware: the kind that does not depend on the use or creation of specific files but inserts itself directly into memory. This kind of malware usually originates from malicious macros, but JavaScript malware growth was seen to slow by 26% in Q3. Yet, PowerShell malware more than doubled in Q3 compared with Q2.

New versions of the Locky ransomware dubbed Lukitus was observed as well as new variations of the banking Trojans Trickbot and Emotet.

The new Trickbot versions were the most active banking Trojans in Q3. These used code that embedded the EternalBlue exploit, famous for the WannaCry ransomware's spread. They also stole cryptocurrency with the malware.

PowerShell-utilizing malware, which is mostly fileless, grew by 119% in Q3. This includes the Emotet Trojan, which installs itself after the victim downloads a malicious Word document without further input necessary.

Ransomware continued to be a menace, with samples increasing by 36%. McAfee found that the number of total ransomware samples grew by 44% in the past four quarters to 12.3 million samples.

Mac as well as Windows machines were affected by malware. McAfee found that Mac OS malware samples increased by 7% in Q3.

While the specifics of what may compose a threat are useful to defenders, the kinds of malware seen in the wild remain constant. That means that the strategies of defense previously placed must remain, while being extended in certain areas such as fileless threats which seem to be growing rapidly.

— Larry Loeb has written for many of the last century's major "dead tree" computer magazines, having been, among other things, a consulting editor for BYTE magazine and senior editor for the launch of WebWeek.